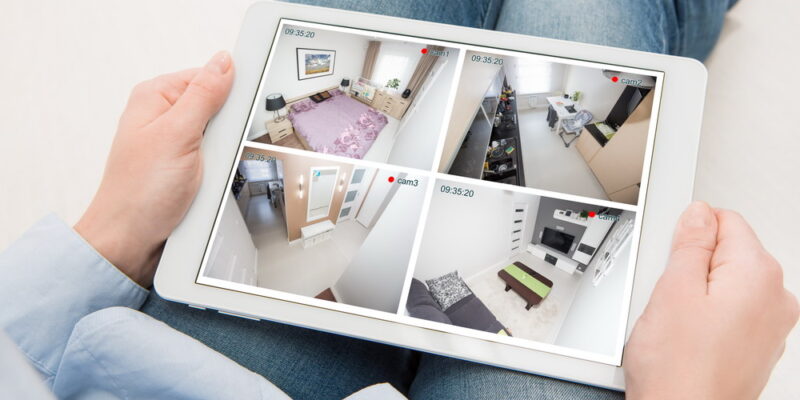 You have decided it is time to begin investing in home video surveillance. A friend recommends you start with a video doorbell. Another recommends two or three wall-mounted cameras for more complete coverage. You’ve done the research yourself, but now you are more confused than ever. Should you invest in just one camera or go for a complete system?

Answering that question requires stepping back and thinking things through. Ask yourself:

A single video surveillance camera is better than no cameras at all. On the other hand, it will not be as effective as multiple cameras within a much larger system. That leads us right back to what a homeowner wants to accomplish and how much they can afford to spend.

The vast majority of people who deploy home security cameras do so because they are worried about crime. They invest in cameras in hopes of preventing it from occurring. If you are this type of person, ask yourself what types of crime you want to prevent.

If your only concern is porch piracy, maybe you will be content with a single exterior camera or a video doorbell. Both can give you clear view of the front door and real-time notifications when someone is approaching your house.

If you are looking to go beyond porch piracy to protect against burglary, home invasion, and even people trying to break into your car, a single camera will not be enough. You will need enough cameras to provide adequate coverage of the entire first floor. You will need cameras covering the front and rear door. You will need a good view of the driveway and the street in front of your home.

Homeowners typically look at exterior video surveillance cameras to beef up their security. But according to Vivint, a nationwide provider of complete home security systems, interior camera should be considered as well. Interior cameras act as a second line of defense against thieves and burglars who choose to enter a house despite seeing exterior cameras.

An added benefit of installing interior cameras is being able to keep an eye on indoor spaces even when you are not home. Real-time video feeds let you keep track of the kids, the pets, and anything else you’re concerned about.

The most complete home security system combines both types of cameras. But why stop there? Including motion sensors, smoke and carbon monoxide detectors, flood sensors, and a variety of home automation devices can make a home truly safe and efficient.

It is easy to get lost in your imagination when you start dreaming about the perfect home security system. But remember the second question posed above: how much can you afford to spend? The reality of your budget cannot be ignored. More importantly, not being able to afford a top-of-the-line system isn’t the end of the world.

If you can only afford one camera right now, then start there. As time and finances allow, you can add additional cameras along with other security devices. Over many months of saving your money and purchasing one device at a time, you can actually build a pretty impressive system.

Deploying home video surveillance doesn’t have to be a matter of choosing between a single camera or an entire system. The main goal is to just get started. After that, you can make your system whatever you want it to be – as your resources allow, of course.